I love our little state and for some of you that haven't lived here all your life, or are contemplating a move to the Green Mountain State, I thought it would be fun to share a few interesting tidbits. We're more than just fall foliage and maple syrup you know! (Although we do produce more maple syrup than any other state.) 1. Vermont was the first state admitted to the Union after the ratification of the Constitution. 2. With a population of fewer than nine thousand people, Montpelier, Vermont is the smallest state capital in the U.S. 3. Montpelier, Vermont is the only U.S. state capital without a McDonalds. (I love this one!) 4. In ratio of cows to people, Vermont has the greatest number of dairy cows in the country. 5. Vermont's largest employer isn't Ben and Jerry's, it's IBM. 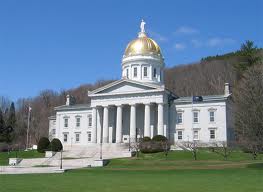 6.Vermont's state capitol building is one of only a few to have a gold dome. Atop the dome is a statue of Ceres. 7. Until recently, the only way a Vermonter could get a drivers license with their photo on it was to drive to Montpelier. 8.Vermont was, at various times, claimed by both New Hampshire and New York. 9. Until 1996, Vermont was the only state without a Wal-Mart. 10. Ben & Jerry's Ice Cream company gives their ice cream waste to the local Vermont farmers who use it to feed their hogs. The hogs seem to like all of the flavors except Mint Oreo. 11.U.S. President Calvin Coolidge was the only president born on the fourth of July. Born in Plymouth 7/4/1872. 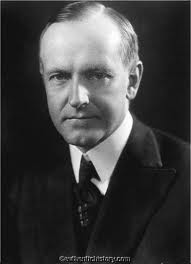 12.And yes, we don't allow billboards! (Really proud of that one!)

We're small but mighty and a really interesting place to call home.