Monkton, VT Greentree Real Estate is delighted to announce that Katrina Roberts has become a part-owner of the agency. Katrina joins Bill and Phyllis Martin who opened the real estate company in 2001. 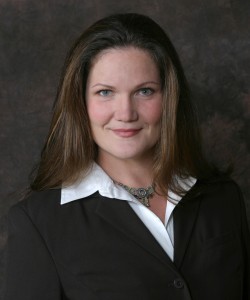 Katrina obtained her Realtor license in 2007 and became a Broker in 2014. She has spent her entire real estate career working with Bill and Phyllis Martin at Greentree. During that time, Katrina has worked with both buyers and sellers and has assisted homeowners with residential, condo, land and investment transactions. In addition to Katrinas growth as an owner, Greentree is growing in size to have a total of six Realtors join the company by early 2015. With this expansion in mind Bill Martin stated, Phyllis and I are energized by the growth of the company and feel now is the right time to add Katrina in an ownership capacity. Her background in marketing and public communications will greatly assist Greentree as we continue to be a valued resource to both home buyers and sellers throughout the Champlain Valley. Katrina has a BS in Marketing from Bentley University and prior to becoming a Realtor, worked for many local non-profits in marketing, public relations and fundraising capacities. She resides in Monkton with her husband and three daughters and volunteers for both the Monkton Central School and Hinesburg Nursery School. Katrina can be reached at katrina@vermontgreentree.com or (802) 989-2833. Greentree Real Estate is located at 1317 Davis Road, Monkton in a renovated farmhouse in Monkton Ridge. Greentree Real Estate serves both buyers and sellers primarily in Addison and Chittenden Counties and throughout the Champlain Valley. For more information, please visit https://vermontgreentree.com/.